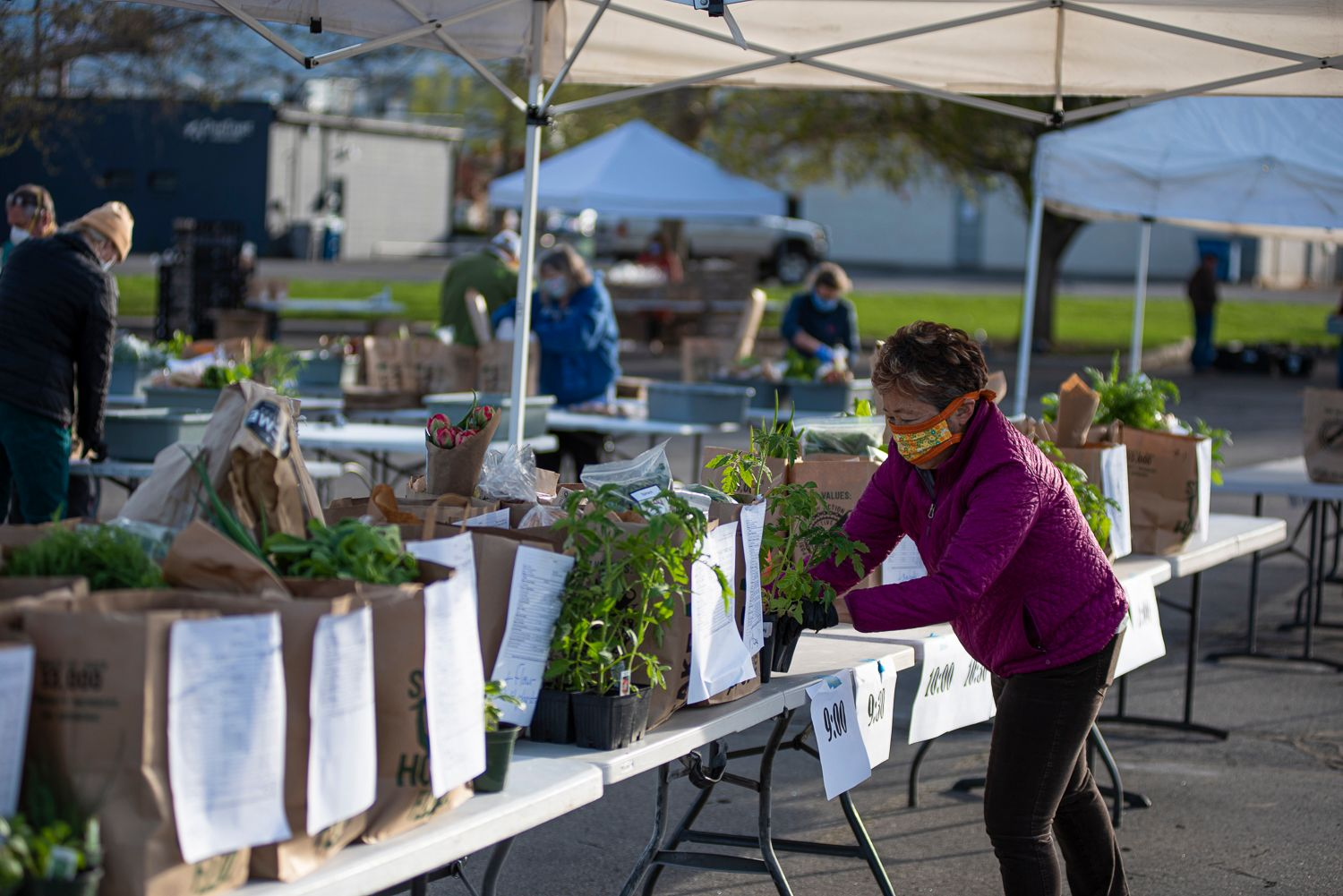 Making Markets Work: How the pandemic created a new customer base for the Boise Farmers Market

Story and Photos by Guy Hand

Like an electron tracing the lines of a circuit board, market manager, Tamara Camaron zips through the Boise Farmers Market’s packaging area in purposeful straight lines and sudden angles. Other employees and volunteers trace their own circuits from one precisely designated spot to the next, their faces obscured by masks, eyes focused on organic carrots, goat yogurt and a long list of other products. They continuously shuttle from a sea of coolers at the edge of this former K-Mart parking lot to a line of paper bags arranged by pick-up time. At the same moment, other volunteers wave cars to specific stations along the market’s southern flank, identify the customer and place their pre-ordered and just-assembled selections in a back seat or trunk. It’s all about sharing local food while maintaining a six-foot spread between people.

Camaron designed this socially-distanced dance of some 90 market volunteers and employees as a way to safely deliver local food to consumers during the Covid-19 pandemic. She never guessed that an attempt to mitigate disaster would lead to an improved model for the market’s future.

Just weeks before the Boise Farmers Market was scheduled to open, the dangers posed by public gatherings were focused far over the horizon, in China, then Italy. But when cases popped up in Washington state and California, prompting the organizers of Treefort to cancel their late March event, the urgency suddenly hit home. Cameron knew it was imperative to design something dramatically different than the festive, often shoulder to shoulder crowds that traditionally make a market buzz.

“When I heard that {Treefort} had canceled,” Cameron says her first thought was “Oh, we’re dead in the water. We’ve got to figure something else out.”

She scrambled to find out what the national Farmers Market Coalition and markets in San Francisco, New York and other cities were considering, but soon realized that every market had unique issues, with widely varying layouts, limitations and local regulations. At first, she considered fencing off the market parking lot on Americana Blvd., creating one-way lanes where customers could shuffle by vendors in a relatively controlled way, but as Covid news grew more dire and the City of Boise dropped the number of people they would allow to assemble from 50 to 10, Cameron quickly tossed the walk-thru model aside.

She noticed that some markets were considering vehicle-based models where customers order food online, then pick it up at an assigned time, never actually interacting with vendors or leaving their cars. The Boise Farmers Market had a big enough lot to allow for that, so Cameron jumped on the idea. But the clock was ticking.

“The City and Central District Health worked really hard to help me organize it and get the health approvals,” she said knowing there was no way to shut down a growing season that was already underway. “They turned it around in four days, which is a 45-day process normally.”

The Boise Farmers Market’s radically new drive-through approach opened on Saturday, April 11th, sans farmers and the normal market festivities, but with 306 online orders and only minor hitches. Each following Saturday offered lessons in how to streamline the process and allow more customers to participate (the online orders for that first market sold out in less that two hours).

Her new goal is to fill 800 orders a week. And although this new system was born of crisis, sales have risen to nearly normal. Most notably, the drive-thru design has attracted a significant number of new customers that market organizers had not known existed.

“In the midst of every crisis, lies great opportunity,” says Dave Krick, borrowing a line from Albert Einstein. As a member of the leadership team for the drive-thru market and Bittercreek Alehouse owner, Krick says Boise Farmers Market staff have calculated that half or more of the people coming to the new market are new to the market themselves.

“We’ve heard constantly from people who are coming through that they’ve never been before,” he says. “As it turns out, people’s ability to preorder and have certainty when they arrive to pick something up, there is a high demand for that. And so it opened up the market, the products of these farmers, to a much broader audience . . . and that will have long term value.”

“This situation has created an opportunity to build a new customer base,” adds Tamara Cameron, and therefore she plans to incorporate a drive-thru option into the traditional farmers market after the coronavirus threat has passed.

“[The drive-thru market] will be smaller,” she says, “because our regular customers are going to come back to the lot. They’re going to want the farmers market shopping experience.”

Yet, with the widespread failing of industrial food systems on display during the coronavirus pandemic—whether through images of empty store shelves, euthanized pigs, sick meat plant workers or mounds of rotting produce—more consumers are seeing the value of diversified local food systems—including people who, as Tamara Camaron puts it, “don’t necessarily want the farmers market shopping experience, but they do want local food.”

The pandemic, despite its many horrors, also made those unseen consumers visible. 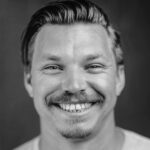 Nathan Warner is a Graphic Designer / Creative Director with Just Eat Local. He has a background in Branding Design and Strategy. His work has worked across industries from fashion, editorial, food and beverage, action & team sports, and branding & identity.