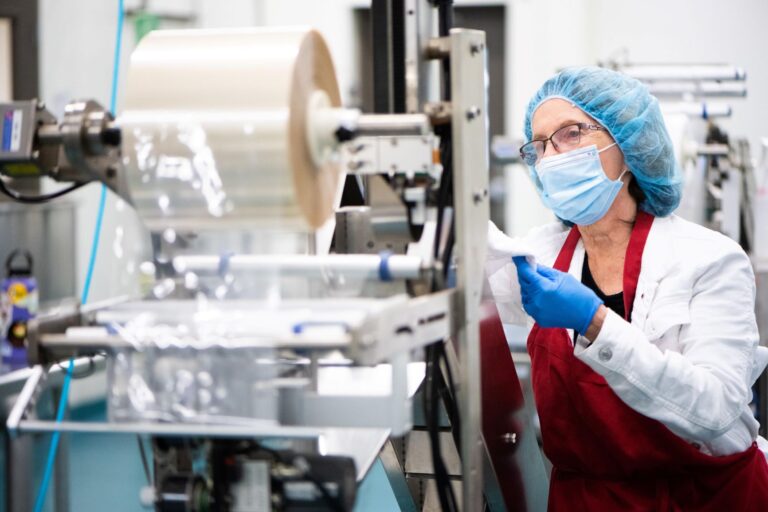 Janie Burns has raised grass-fed lamb in Idaho and Oregon for over three decades. Her Nampa home base, Meadowlark Farm, is less than 10 minutes from Northwest Premium Meats, the processor that has handled her lamb for years. This summer, as the coronavirus pandemic raged through Idaho, Burns got a message from Northwest Premium that surprised her.

“They asked me to do something I’ve never had to do before: project my next year’s butcher dates,” she said.

Burns isn’t the only one that Northwest Premium emailed. According to Elliott Tolbert, the facility’s operations and food safety manager, the same question went out to all of the company’s longstanding accounts. When the pandemic shut down national processors, Northwest Premium was overloaded with demand. This email was its way of giving local producers first dibs on next year’s calendar.

Pre-COVID, Tolbert said his facility was usually booked just a few months in advance, though demand has been growing steadily. This year, its entire 2020 calendar filled up in mid-June.
“We’re currently running our facility 10-20 head over capacity each week and get 5-10 phone calls a day of people trying to get animals in,” Tolbert said.

This overburden of local processors hasn’t gone unnoticed. In May, the Post Register ran a story headlined “Where’s the meat? E. Idaho meat processors swamped with orders from consumers during pandemic.” But it isn’t just a pandemic problem.

“With the rise of farmer’s markets and other direct-to-consumer or local retail outlets, the need for USDA-inspected facilities has skyrocketed,” Tolbert said. “Where Idaho is lacking is in those USDA facilities, like ours or Greenfield Custom Meat, which can produce retail ready-packed products at a reasonable cost to the rancher.”

Infrastructure loss has been a persistent problem in Idaho for decades, and it goes beyond the meat industry. According to a 1953 Oregon State College publication on the resources of the Pacific Northwest, Idaho once had 42 meat processing plants, 11 canning and freezing plants, 72 dairy manufacturing plants, and 26 plants processing flour, sugar and nuts.

Today, Idaho produces nearly 100,000 bushels of wheat annually, but Casey Chumrau, the Executive Director of the Idaho Wheat Commission, says there are “only two mills in Idaho”: Grain Craft and Hillside Grain. Small millers like Gaston’s Bakery & Mill in Boise have taken up locally-focused processing as well, but are just beginning to fill the void.

Cini Baumhoff, supervisor of the University of Idaho Food and Technology Center in Caldwell, has seen the same decline in centers for small-scale food processing and packaging. The Food and Technology Center specializes in launching small local brands, which is where the infrastructure shortage lies. There are commercial kitchens and large co-packing facilities, but, according to Baumhoff, not much in between.

“A lot of those [co-packing] companies require 10,000- or 100,000-unit commitments and it’s too big of a jump. Just to have a place you can try out your product idea, package it, sell it legally and test market it, that doesn’t exist anywhere [else],” she said.

Pandemic-driven demand for local food has highlighted these weaknesses, but it’s unclear whether that will be enough to motivate change. Janie Burns, who chairs the board of the Treasure Valley Food Coalition (TVFC) in addition to running Meadowlark Farms, worries most people don’t understand that production gaps can lead to shortages and increased food insecurity.

“To many people, we haven’t broken the system badly enough that there’s a community urgency to do very much,” she said.

Elaine Kazakoff, treasurer of the nonprofit Idaho Organization of Resource Councils (IORC) and co-chair of its Ag and Food Task Force, points to an increased demand for local food and growth at the Boise Farmers Market as proof people are waking up.

“The coronavirus has shown a bright light on the weaknesses of the industrial food chain. Bigger isn’t better right now, it’s not better for the people that work in the fields without proper protection and it’s not better for people working in processing plants where social distancing is not possible and proper protection isn’t provided,” she said.

Kazakoff and Burns agree that Idaho will need large-scale change to reverse its infrastructure decline and create a food system that can weather future disasters. Ideally, Burns said, government entities will step in to stimulate local production with a 10 or 20-year plan.

“The Boise City Council could say, ‘You know, we realize this pandemic, in addition to everything else, has revealed some cracks in our food system. We want to make sure everyone is eating and healthy, and so we are committing to a policy over a period of several years to get to 80% of our food produced and consumed locally,” she said.

Until that happens, IORC, TVFC and other organizations like them will continue to raise awareness and lobby for change, one piece of legislation at a time.