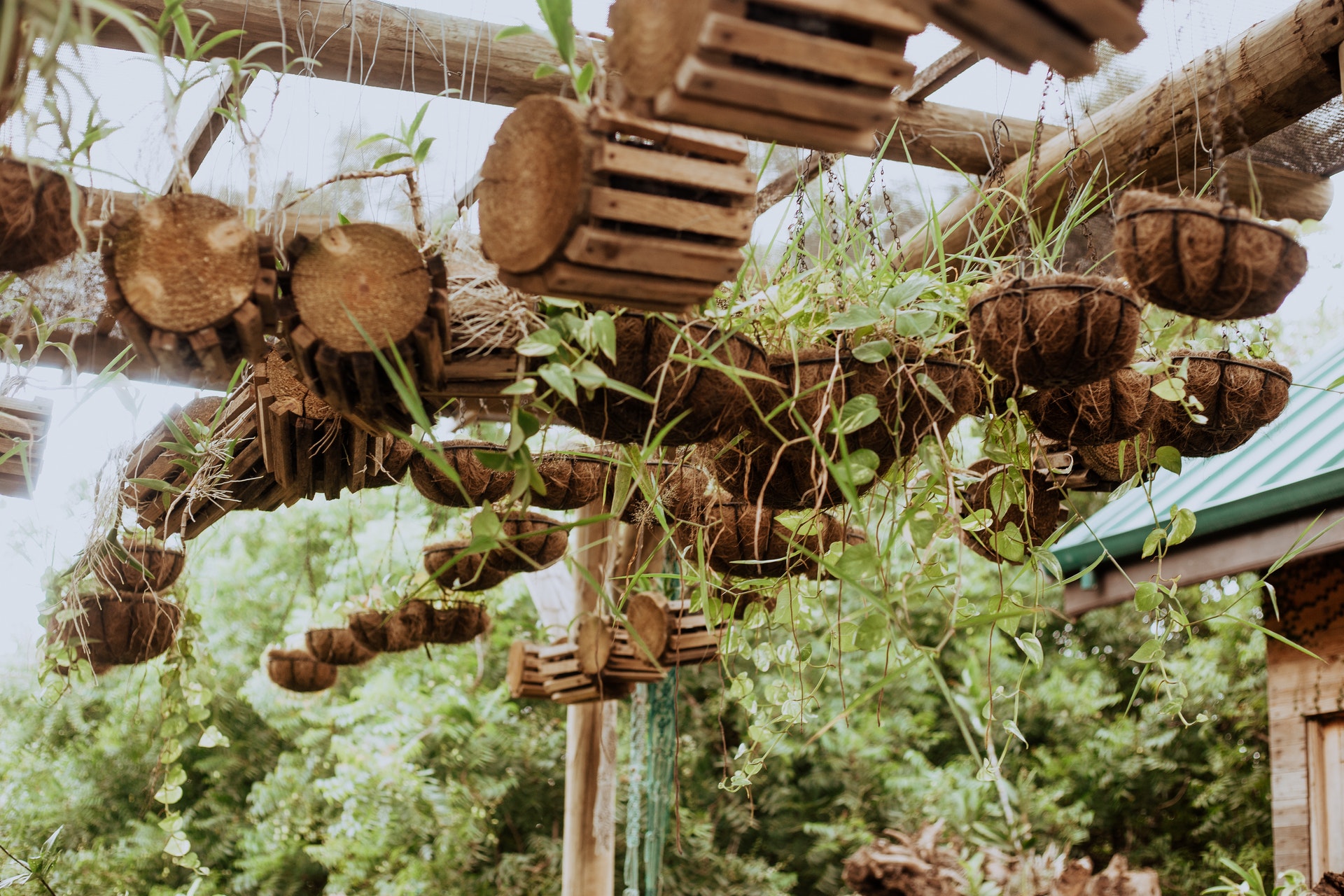 To Grow, or Not to Grow: Does growing your own food negatively impact local farmers? Local gardeners weigh in

Story and Photography by Lex Nelson

Jamie Brennan bent over the open side of her chicken coop, using a wooden pole to nudge a brooding hen off her clutch and toward the food she’d just scattered. Her golden retriever, Chattahoochee (Hooch for short) peered into the box beside her with interest.

“She’s so broody, I have to do that every day!” Brennan said, finally setting the pole down and watching the ruffled hen cluck off toward four others. “It’s not fun.”

The chickens are just a small part of the garden ecosystem Brennan created in her postage-stamp yard and the vacant city lot next to it. With her neighbor’s blessing, she lined the slice of grass with vegetable and flower beds, added a makeshift greenhouse, and put up a table and small fountain. This is Brennan’s pet project, and also the headquarters of Gold Feather Gardens: Boise’s first and only kitchen garden consultant company, which she launched in 2020 and named after the golden flag of Hooch’s tail.

“There is nobody [else] in Boise who is coaching people through how to grow their own food at home,” she said.

It might seem at first glance that converting local eaters to home gardening takes business away from small farmers. But based on her own experience, Brennan thinks the opposite is true. The granddaughter of a wine distributor, she moved to Boise from Atlanta, Georgia, in 2016. In Atlanta, she was a restaurant reviewer and travel writer with a thriving balcony garden and deep roots in the local food system.

By 2016, Brennan was running two farmers markets in Atlanta, the West Side Farmers Market and Ponce City Farmers Market. Then she moved to Boise, and was thrilled to find the Boise Farmers Market already established. (She “got off the plane and went to the farmers market” on her very first visit.) She became a regular shopper, participated in CSAs, volunteered at Fiddler’s Green Farm, and began to wonder what her niche in Boise’s food scene could be. When the COVID-19 pandemic hit in 2020 and her travel writing work dried up, she found her sweet spot: Teaching others how to plan, plant, and nurture food for their tables.

“If I come across a new gardener and I’m five or 10 years ahead of them, I can save them a whole lot of failure by just coaching them through the basics and the fundamentals of growing,” she said.

While it might seem at first glance that locavores turning to home gardening takes business away from small farmers, Brennan says that in her experience, the two ideas aren’t in competition. In fact, she hopes that by growing some of their own food, her clients will be more connected to the food system and thus more likely to buy local.

“The practice of it teaches you this appreciation for how hard it is to do, and it keeps me focused on local food because I’m like, ‘Jesus, it has taken two months for those peas to get eight inches high. And I can drive to the Co-op and buy a bag of them for $5 or whatever it is. It’s easy to do that, it’s not easy to do this,’” Brennan said. “I have so much more connection to the purchases that I make when I think about it that way.”

Brennan practices what she preaches: she grows cabbage, cauliflower, peas, onions, strawberries, blackberries, nectarines, apples and more in her small garden, but still buys regularly from the farmer’s market. Her business has a local focus, too.

She sources plant starts, soil, and seeds from nearby nurseries, farms, and cooperatives like North End Organic Nursery, the Snake River Seed Cooperative, and Next Generation Organics. When she helps clients install raised beds, she employs a local carpenter to build them.

“I know that I fell in love with local food when I started growing a little bit of my own,” she said, adding that gardening can reach and convert people who aren’t already locavores, like those interested in aesthetics, meditation, or fitness.

Lindsay Schramm, the owner of North End Organic Nursery, feels the same way. In her experience, growing your own food and buying produce from local farmers isn’t just connected — it’s a two-way street. She sees a symbiotic relationship between her nursery and the Boise Farmers Market.

“People come here to store and say, ‘Hey I had this amazing pluot at the farmer’s market last year and I want to grow one now!’ And it kind of goes in reverse,” she said.

Schramm said it’s rare that someone comes into the nursery with the goal of being entirely self-sufficient, although it does happen. On the afternoon we spoke, a young couple had come in to buy “enough plant starts to feed a family of six” with plans to can and preserve for winter.

Like Brennan, Schramm is a regular supporter of the farmers market despite growing her own food. The market is her go-to for extra tomatoes for a batch of salsa, vast quantities of cabbage for sauerkraut, or anything else she needs in case of garden crop failure or lack of room to grow it at home. She also noted that some crops, like corn, are simply difficult to grow at the backyard level. In those cases, local farmers can step in with produce and tips for a better crop next year.

As Schramm put it, “I know I’m not going to go to Walmart and find the same quality. When you grow your own food, you set yourself up to have a higher standard.”

Back in her sunny garden, Brennan sipped a glass of kombucha with Hooch curled at her feet while she mulled her business’s place in the local food system. Looking out over the neat row of raised beds along her fence, she said she sees local shops and markets as necessary resources, and kitchen gardens as sandboxes — places to have fun and experiment with food.

“We get to cultivate something really weird and unique and cool. I’m a very serious person, I was always a really serious kid, and this is where I get to play in a really safe environment,” she said.